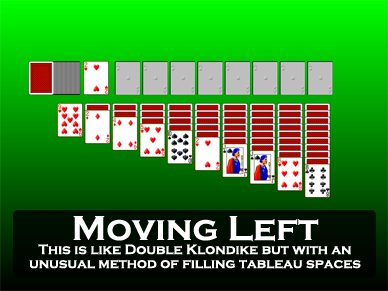 
Moving Left is a two deck Klondike type game. There are ten tableau piles. At the start of the game one card is dealt to the first pile, two cards are dealt to the second pile, and so on. The top card is face up. The remaining cards form a stock, which is turned over one card at a time to a waste pile.

There are eight foundation piles, which will begin with Aces and are to be built up in suit to Kings. The object of the game is to move all of the cards to the foundation piles.

The way spaces are filled is the unique aspect to the game. The rightmost tableau pile, if empty, can be filled in the usual way by a King or a group of cards headed by a King. All the other piles, when empty, are filled automatically by the face up card or group of cards in the pile immediately to the right. This gives the game its name - cards are moved left as spaces are created. 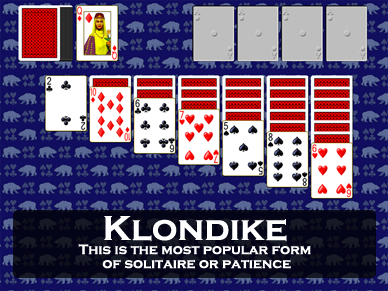 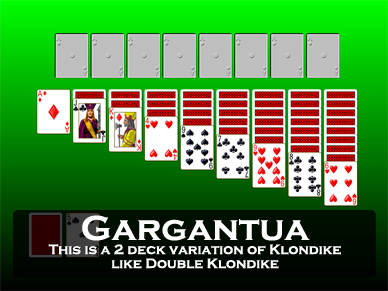 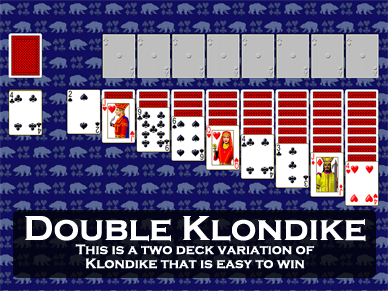 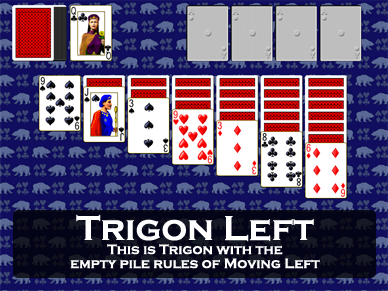