FreeCell Duplex is a new game in Pretty Good Solitaire version 12. It is a two deck variation of FreeCell, but is different from the older game Double FreeCell.

There are eight cells. One card can be stored in each cell, as in FreeCell. All eight cells start the game empty.

Game play and strategy is very much like in FreeCell. FreeCell Duplex plays easier than regular FreeCell, as long as you refrain from filling up all of the cells. It is likely that, just like regular FreeCell, nearly every game is winnable.

FreeCell Duplex is one of the 850 games in Pretty Good Solitaire. 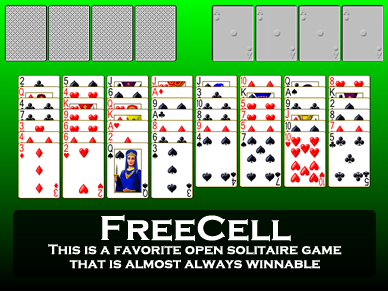 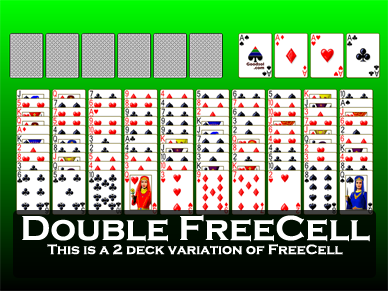