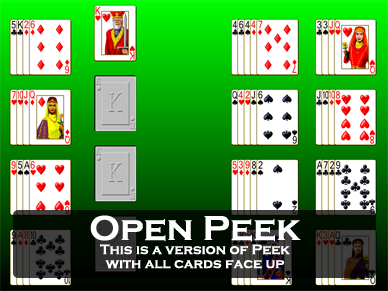 Open Peek is a new, original variation of the games Osmosis and Peek.

There is one complication about the original deal. If any card of the same rank as the first card dealt to the first foundation pile is dealt to any reserve pile below a card of the same suit, then that card is moved to the top of that pile. This is important because it keeps these cards from being buried where you can never get to them.

This is exactly the way the games Osmosis and Peek are played. It sounds complicated when explained out in words, but it is actually quite simple to play.

The objective is to play all of the cards to the foundation piles.

In Open Peek, this is extremely difficult. While Osmosis and Peek are actually quite easy games to win, Open Peek is very, very hard. You almost always get stuck at some point with a card that you need buried where you cannot get it.

Players on the forum are already attempting to find winnable game numbers. 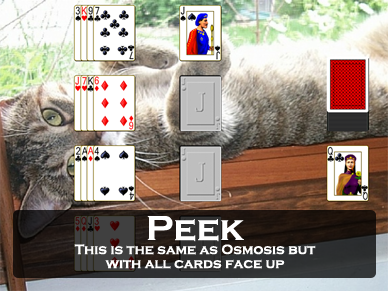 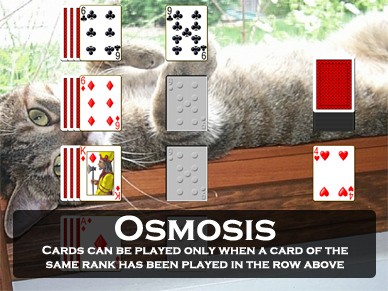