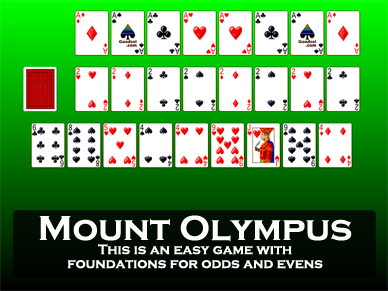 Mount Olympus is a classic two deck game that is very easy to win.

The game is won when all cards are moved to the foundations.

Under the Foundations are 9 tableau piles. At the start of the game one card is dealt face up to each pile. The remainder of the cards form a stock.

When play comes to a standstill, clicking on the stock deals one card to each tableau pile.

Mount Olympus is an easy game to play and win. An average player wins about 95% of the time 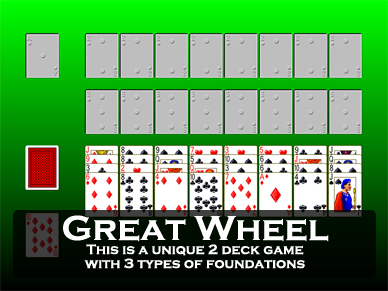